There Really Aren't Any Rules: Learning to Drive in Your Twenties 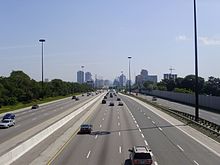 Southern Ontario is connected by a series of highways/freeways called the 400 series, which intersect at various points and link all the major and medium sized destinations in our small, densely populated corner of the world. The ability to drive on one is what separates the introductory level drivers (G1, the equivalent of a learner's permit elsewhere) from the intermediate level (G2.) And confidence in your ability to drive on them is what separates those drivers from the permanent class (simply called G.)

The first time I ever drove on the 400, it was a pitch black freezing rainstorm in February. I had been out with my co-workers from the bookstore, holding our long-delayed Holiday bowling party. One of the girls, Sam, had recently moved back home with her mom and wasn't ready for the party to end, so two of our coworkers and I were persuaded to keep it going by hitting a pool hall and drinking away the winter blues.
Read more »
Posted by Scott at 4:18 PM 1 comment:

Email ThisBlogThis!Share to TwitterShare to FacebookShare to Pinterest
Labels: Personal, The Past

As any of the dozen or so actual humans who follow me on Twitter knows, for the past year I have been using the TimeHop app to dredge up some of my best tweets. Also my worst tweets, which are often the same things. The app has my entire Twitter history loaded onto it, and permits me the ambrosia of showing me every tweet I made on this calendar day on each of the past nine years of tweeting. It's been... a trip.


Here we are! pic.twitter.com/YXF2gbUzVT
— King of the White Boy Dancers (@scottowilliams) February 16, 2019

At first, I downloaded it out of idle curiosity, wanting to skim my own archives despite Twitter quite deliberately not having an easy way to do this. Then after the first time I used it, I found it was keeping track of my streak. Well, I thought, that sounds like a challenge that's fun for both me and my adoring followers, eager to hear my greatest hits again.

Honestly one of my better tweets pic.twitter.com/Gg6cYPB170
— King of the White Boy Dancers (@scottowilliams) February 8, 2019